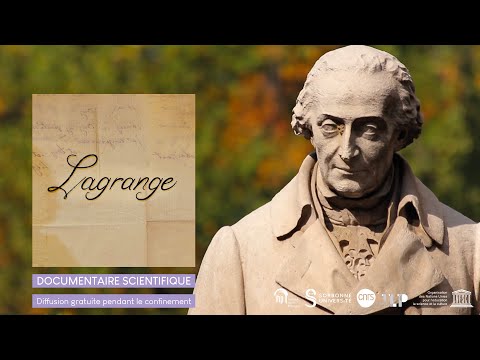 Scientists, including Cédric Villani and Jacques Laskar, explain how Lagrange's work, notably in analysis and celestial mechanics, pioneered a new way of considering problems; they allow us to understand his own positioning, at the boundary between mathematics and physics, and his continuing influence on science and the way it is taught. Lagrange remains a recurring name in modern-day mathematics and physics (Lagrange equations, Lagrange points, Lagrange polynomials, Lagrangian, ...), and yet the life of this great scientist of the Age of Enlightenment has undeservedly remained in obscurity...