History of the annals

Annals of the Institut Henri Poincaré

From 1930, IHP started its own journal, the Annales de l'Institut Henri Poincaré. Among the first authors were Einstein, Darwin, Fermi, De Donder, Pólya, Lévy, Kostitzin, Born, Brillouin, Bloc, Dirac, Carleman, etc. Aside them, contributors to the first years of the journal included: Birkhoff (the collaborator of É. Borel in the foundation of the IHP) in dynamic systems; the founders of the mathematical theory of probabilities (other than Lévy) Cantelli, de Finetti, von Mises; the philosopher Reichenbach, physicists Schrödinger, Pauli, Gamow, etc.

All issues have been digitized and are available onNumdam.org.

The Annals of the Institut Henri Poincaré were split in 1964 into two thematic branches (corresponding to the two disciplines which motivated the founding of the institute in 1928): series A for theoretical physics, and series B for probabilities and statistics.

In 2000 series A merged with Helvetica Physica Acta to give the Annales Henri Poincaré.

Finally in 2014 series D was created, dedicated to the theme: combinatorics, physics and interactions.

In 1982, an association under the 1901 law was created entitled Institut Henri Poincaré, with the aim of "developing, animating and coordinating the outreach activities of mathematicians, among themselves and with the public".

The PIHP association is traditionally chaired by the director of IHP.

To learn more about each journal, see the drop-down blocks below. 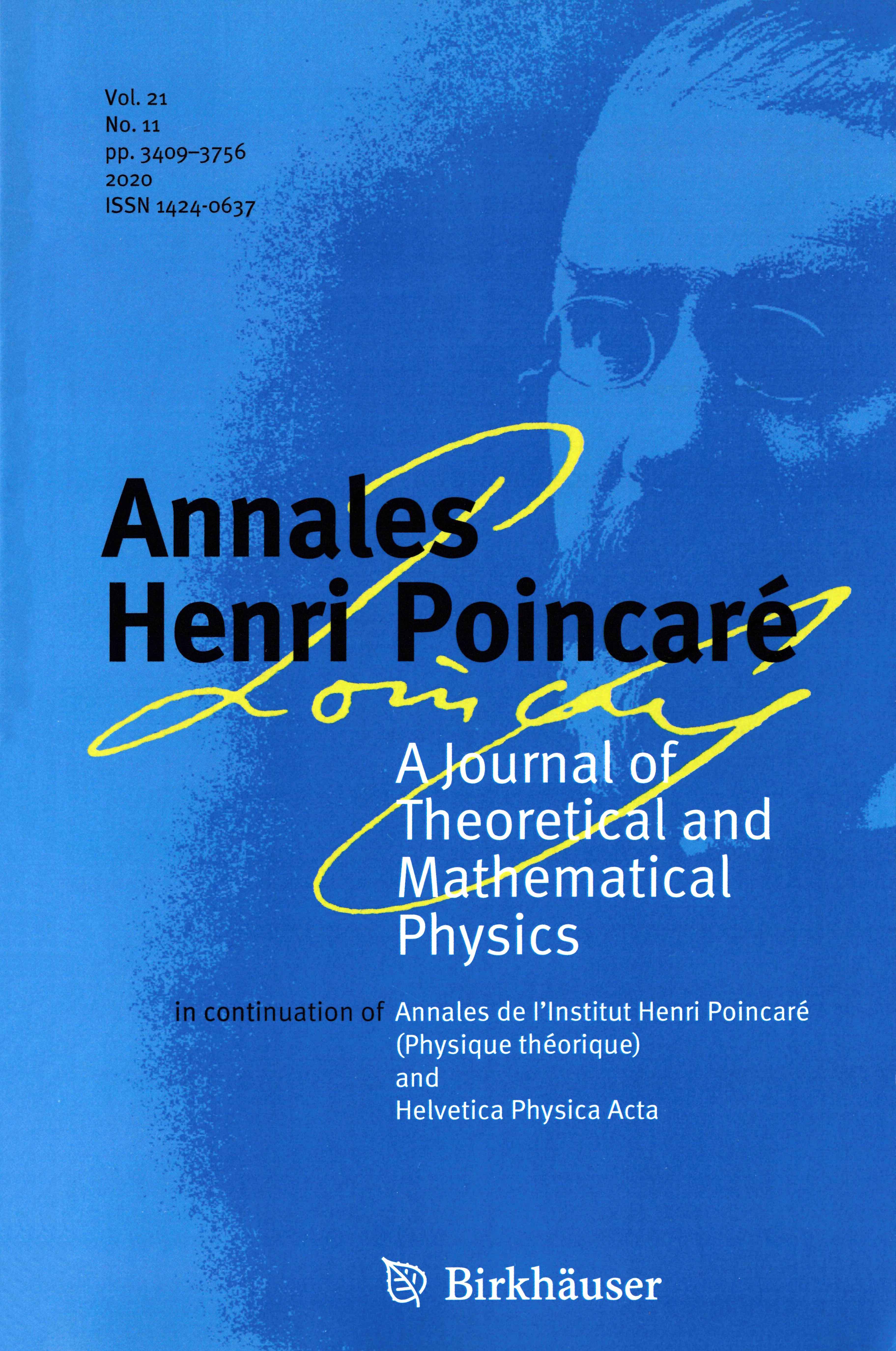 The journal is organized into eighteen sections: 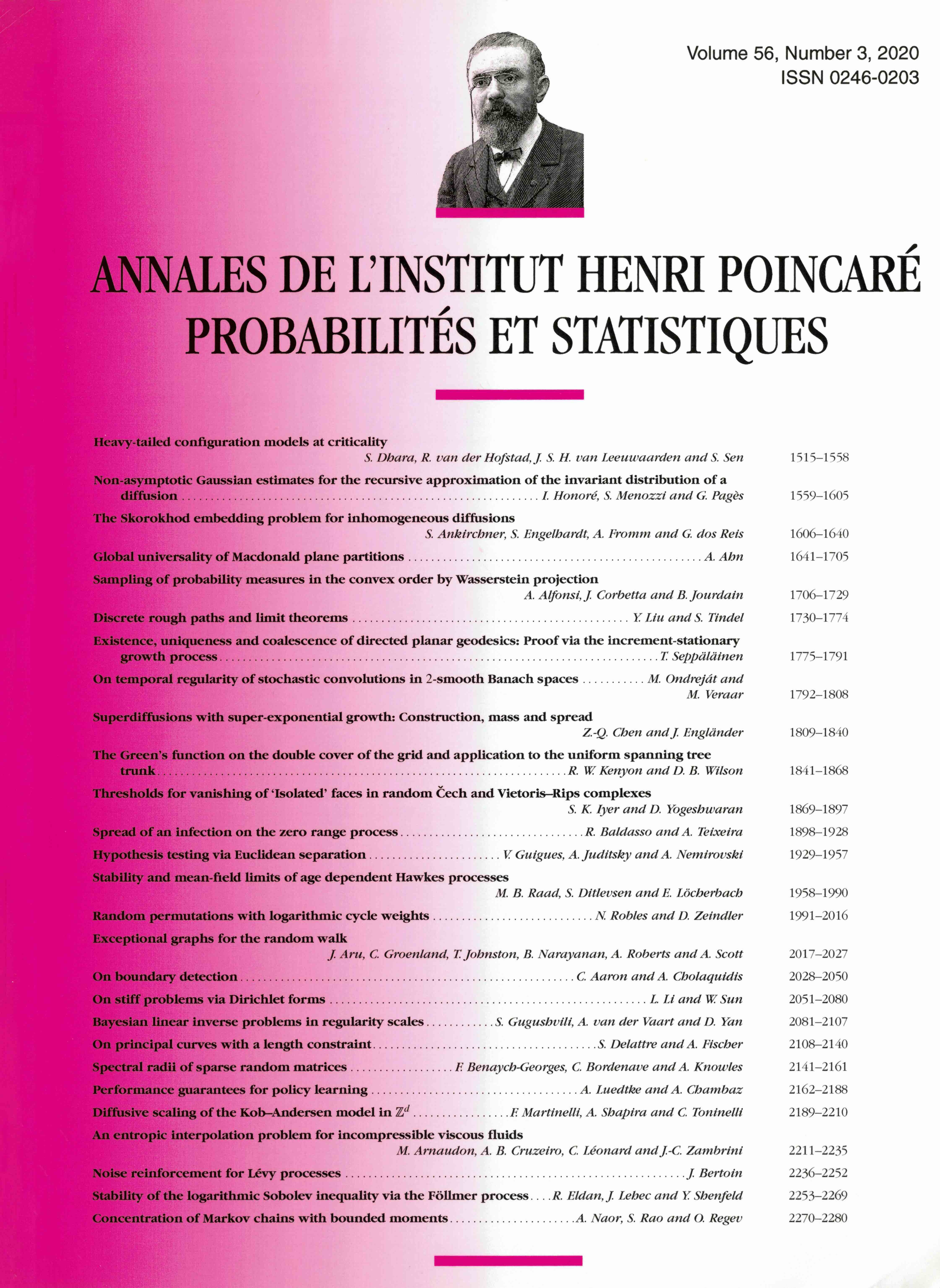 The Probability and Statistics section of the Annales de l’Institut Henri Poincaré is an international journal which publishes high quality research papers. The journal deals with all aspects of modern probability theory and mathematical statistics, as well as with their applications. 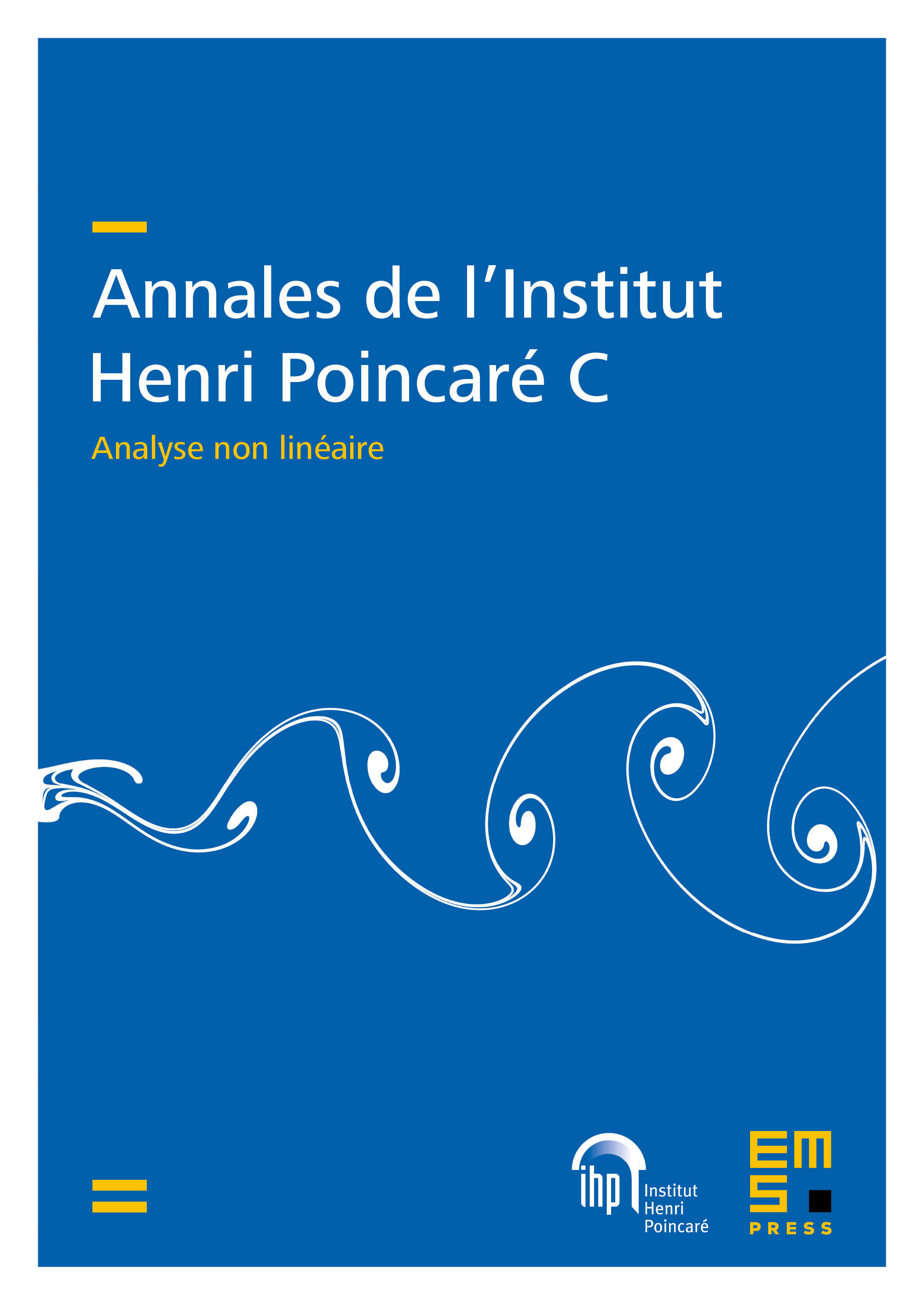 The Nonlinear Analysis section of the Annales de l'Institut Henri Poincaré is an international journal created in 1983 which publishes original and high quality research articles. It concentrates on all domains concerned with nonlinear analysis, specially applicable to PDE, mechanics, physics, economy, without overlooking the numerical aspects. 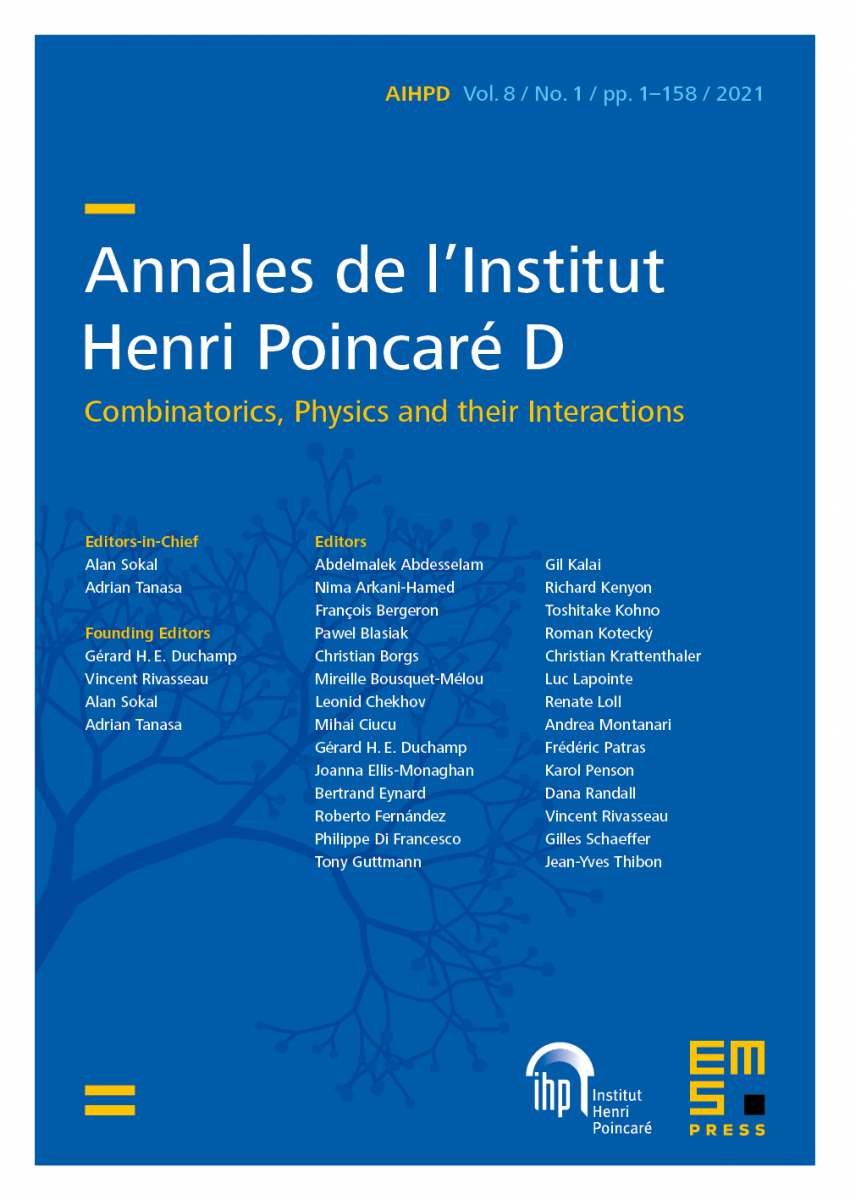 The unfolding of new ideas in physics is often tied to the development of new combinatorial methods, and conversely some problems in combinatorics have been successfully attacked using methods inspired by statistical physics or quantum field theory.

The journal is dedicated to publishing high-quality original research articles and survey articles in which combinatorics and physics interact in both directions. Combinatorial papers should be motivated by potential applications to physical phenomena or models, while physics papers should contain some interesting combinatorial development.

Both rigorous mathematical proof and heuristic physical reasoning have a place in this journal, but each must be clearly labeled. Definitions and proofs should be presented with the precision and rigor that are expected in a mathematics journal. Conjectures based on heuristic physical arguments and/or numerical evidence are warmly encouraged, but they should be clearly labeled as such and should be stated as precisely as possible.

Authors should remember that readers of the journal will come from a wide variety of backgrounds, both mathematical (not only combinatorics but also algebra, topology, geometry, analysis, probability, etc) and physical (quantum field theory, statistical mechanics, quantum gravity etc). Therefore, authors should write with such a diverse audience in mind and should take care to provide, in the introductory section of their article, a clear statement of the problem to be studied and the mathematical and/or physical background from which it arises. Authors are also encouraged to provide, in the second section of the article, a brief pedagogical review of the mathematical or physical tools that will be used in their work.

The list of specific subject areas in which articles are anticipated includes:

Each year, editorial boards of Annals A, B and C award a prize which recognizes the most outstanding article(s) published in their respective journals.

The latest awarded article is available for free online for one year.

All articles awarded since 2002 are available for free online.